Over the past few years, India has emerged as a hub for top- notch liberal arts universities that provide rigorous and diverse course offerings. With tie ups with some of the most well renowned universities in the world like Yale and University of Pennsylvania amongst other, the colleges provide a well-rounded education system within the country. As these colleges have become overly competitive and require profile building to a certain extent, we handhold our students to help them portray their strengths and skills in the best possible way. So as the process gets more competitive, let CollegeCore help you through the process of applying to Ashoka, Krea, O.P. Jindal and Flame University amongst others.

Hear from Our Students" 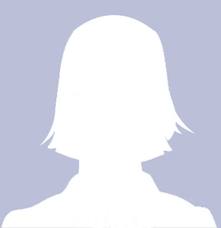 I was given a lot of help and clarity in regards to the expectations of the colleges. I received a ton of help in my essays as well as when I was filling out the activity lists. My wow moment was when I received an extremely in-depth and thorough analysis of around 30 - 40 colleges that CollegeCore recommended me apply for. This list included all the stats about the schools, including the average cost of attendance, which is something that isn't always available on regular college websites. I was wowed because I did not expect to have such information directly displayed to me in such a comprehensive list as early as May (before college apps opened)! The document was responsible for almost all of the 22 schools I applied to. However, little did I realize that this comprehensive and in-depth document was only the beginning of a series of numerous advanced tools that CollegeCore utilized to ease my application process as much as possible. 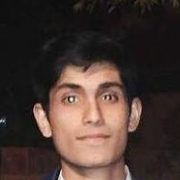 Through the month and a half of my application procedure, CollegeCore was a constant and vital support base. The assistance I received on my essays was top notch and everyone involved in the process really pushed my application to another level. Thank you!

CollegeCore guided me well in terms of the courses to which I could apply and suggested various activities that could enhance my CV. I was nervous about the interview at Ashoka University but after the mock interviews that Urvashi ma’am conducted really boosted my confidence.

All my concerns were met giving me complete clarity. I was unclear about the application process and the courses offered by Ashoka. Biggest help provided was with the essay. Before seeking assistance from CollegeCore I was at a loss on how to approach the entire process. The team and Urvashi Ma'am guided me with patience and care. CollegeCore uses a very different way to approach problems faced by students. I met with many counselors but I was not satisfied as they told me what I already knew but the CollegeCore team took my views into account and then helped me according to my preferences. I am very happy with my end result as it was my dream college and CollegeCore helped me get there.

Urvashi ma'am and the entire CollegeCore team helped me immensely throughout the whole application process. Applying to the US which seemed like an impossible task was made easy by the step by step guidance that I got at CollegeCore. If it wasn't for the brainstorming sessions, my essays wouldn't have been half as good. Even though I was unsure of myself, they never gave up and was always there to help. I remember that my Pomona essay was a little off beat and so I wasn't too sure about it, but their enthusiastic feedback made me feel proud of my writing. Thanks again to the entire CollegeCore team for everything. I had so many choices, both in India and the US, and I was able to make the right one for me.


Colleges our Students have been Admitted to:

More to come but until then we’re celebrating ou

Congratulations to all our students who got accept

Congratulations Ayush! We are so proud of you and